This is an article of why married people cheat. Why is cheating so frequent and what can we do to prevent it.

I didn’t begin to understand until I, myself, had an affair.

(For the sake of this article, I am defining “cheating” as when someone commits an act of intimate and/or sexual dishonesty and deception within a marital relationship. This can include both emotional and physical affairs. This definition does NOT include Polyamorous, Ethically Non-Monogamous, or Open relationships, as the basis of these involve the consent and full knowledge of all persons involved.)

I have always been baffled by cheating, by the woman slipping off her wedding ring when she travels for work or sexting an old friend from college. The trope of the married man who comes home and has to shower off the smell of another woman’s body on his skin before hugging his wife.

I have been baffled primarily by the deceit of cheating, how that could be possible in a married relationship when two people should be (read: by my own probably naïve approximations) truly honest and themselves with one another.

Maybe it’s because, for a long time, for me holding in a secret, whether it be mine or someone else’s, manifested in my skin itching. Once I carried a secret, I literally itched to tell it to someone else. Maybe, too, it’s because my parents are still faithfully married(albeit, ridiculously).

I got married to my ex-husband with a sort of willful ignorance. I was convinced we would never divorce; we would NOT become just another statistic. I joined the “No Matter What” club when we exchanged vows.

When times were tough (which was often), we read books; we went to couples’ therapy; we attended Recovering Couples Anonymous; we followed popular advice, like having a weekly date night and practicing each other’s “love language.” (Let me also state that often those we’s were actually just I’s because sometimes Iwas the only one trying to keep things together.)

But Ihad an affair, and I learned that why people cheat can often be very complex.

My now ex-husband was handsome. In the early days of us dating, he’d often catch me looking at him. I felt surprised a man like him would be with a woman like me. I was an insecure, introverted, and nerdy 23 year old when we first began dating. I often hid behind my glasses, slinging my hair over my face in a concerted effort to keep any attention off of me. He was clean-cut, preppy, just a few years older than me. He could have been a member of the Kennedy family with how much he resembled a healthy honest Irish-Catholic.

But he was, in many ways, never a good match for me. He hated reading, for one. Was in no way an intellectual. The first time I knew he liked me was when he showed up for one of my poetry readings. Yet he stopped coming to any of them eventually. When I asked him why, he told me, “I never thought you’d keep doing them,” as if I’d one day just stopdoing the thing that I’d loved and been passionate about when we’d first started dating.

Once I discovered that he’d been secretly doing drugs our entire marriage, and then he racked up $20k in credit card debt and embezzled another $10k from his employer, I filed for divorce. But I didn’t officially leave him until I had an emotional affair and knew it was on its way to becoming physical.

I met Simon and fell for him, stupidly, recklessly, in a way only reserved for someone desiring to escape. I grabbed onto him like he was a piece of wood floating in the ocean after the sinking of the Titanic.

Simon was extremely well-educated, sensitive, and a lover of books and writing, and mywriting. He read my poetry and raved about it, often quoting my own lines to me or asking out of the blue how I’d come up with a certain image. He took over my thoughts. He became the person I wanted to talk to the most at night before bed, the person I felt I could be truly honest and myself with instead of my own husband.

Our emotional affair only lasted eight days. In that time, I thought I was attempting to reconcile with my ex-husband. We even still had sex. I thought that if I gave my body to him, it would help me re-commit to my marriage, to “will” my feelings for Simon away, but instead, it intensified them.

My relationship with my ex-husband was so far gone and I was so checked out that having sex a couple of times and giving each other compliments like, “Thanks for taking out the garbage today. I really appreciate it.” weren’t going to cut it. My affair showed me I was done, that there was no hope for my marriage, and the only next logical step was to leave. For good.

Affairs are never totally realistic. How can we see the other person for whom they truly are if they live in antithesis to the partner we are choosing them over? You might tell me different, but time after time in life, films, novels, etc., the beloved turns out to be partly or wholly imagined.

I was very much blind to the reality of Simon. Intellectually, I knew him well. But he was also really really ugly. I’d always prided myself on valuing personality over looks, so I showed up for my first date with him anyway, nervous and unsure. When he kissed me, shortly after I walked through his front door, I squeezed my eyes shut and paid attention to his tongue, lolling and cumbersome in my mouth like a slug, and felt relieved that that was out of the way.

Eighteen years my senior, he was tanning-bed tan, bald, and very overweight. He wore glasses with those transition lenses that take too long to lose their tint, and he always had visible nose hair, which he’d try to tuck back into his nostrils instead of just plucking. Early on in dating, I bought him a hair grooming kit and pinned him down to remove some obvious ones, but in our short period of dating, he didn’t take on the maintenance much himself.

He was also set in his ways. “Dressing up” for him meant wearing soft bohemian short sleeve shirts nonchalantly unbuttoned at the top to show the rope necklaces he wore nestled between his graying chest hair or donning an oversized blazer that made him look like his mother had dressed him in clothes he’d one day grow into. He carried a satchel with him always, refusing to take it off even when sitting down in a restaurant. He was defiantly confident and self-assured in a way that now seems rooted in overcompensation.

Beyond the physical, he was repulsive in other ways I kept gliding over, like if I didn’t really think about them hard enough, they wouldn’t be real. He slightly lifted his leg and farted on our second date with a well-timed cough that he must have thought would cover it up (it didn’t). He was hard of hearing, though he wouldn’t admit it, and he talked exceptionally loud. He was cheap and vain, only allowing photos of himself to be taken from the neck-up or at high angles to hide his large stomach or portray his face as thinner. He was also moody, resentful, and vindictive. He lied constantly about things that mattered and things that didn’t. I could ask him if he’d already taken out the garbage for him to say, “yes,” and then I’d hear him rolling the bin to the curb ten minutes later.

Once the infatuation I had thought was love had faded, every little thing Simon did began to annoy me. All of the things I’d overlooked before, like the fact he always carried a man-purse and refused to wear a proper button-down even for his job, weren’t cute or quirky anymore. They were obnoxious. And without even those qualities for me to hold onto, he was no longer attractive to me at all.

I used the normal reasons when I finally broke up with him: it wasn’t him, it was me. I needed some time alone. Maybe one day in the future, once I got it together…but only he believed those lies. I knew once I left, I’d never date him again. The spell of the affair was over. I couldn’t “un-see” everything I was no longer blind to. I told my friend it was like waking up from a dream and realizing I’d been dating a nasty toad instead of Prince Charming.

I left my ex-husband in 2018. It’s not uncommon for a woman to leave her husband today. It didn’t ruin my reputation or my life by doing it. I wasn’t financially dependent on him, having worked for years before and throughout our relationship. I didn’t practice a religion that doesn’t allow divorce. My children were young and will never remember their parents together. And beyond those excuses, I was more scared about things remaining the same than changing.

The reasons one cheats are never simple. They are complex and often fear-based. Our desire to cheat may mean there is something to address in our partnership or within ourselves. Maybe we need things changed up in the bedroom. Maybe we are growing apart. Maybe we’re struggling being grateful for what we have when someone better, younger, etc. could be just a swipe away. Maybe too, like for me, it’s a sign of the end and we just need to let go of our fears and get on with it. 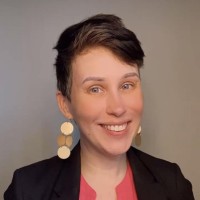